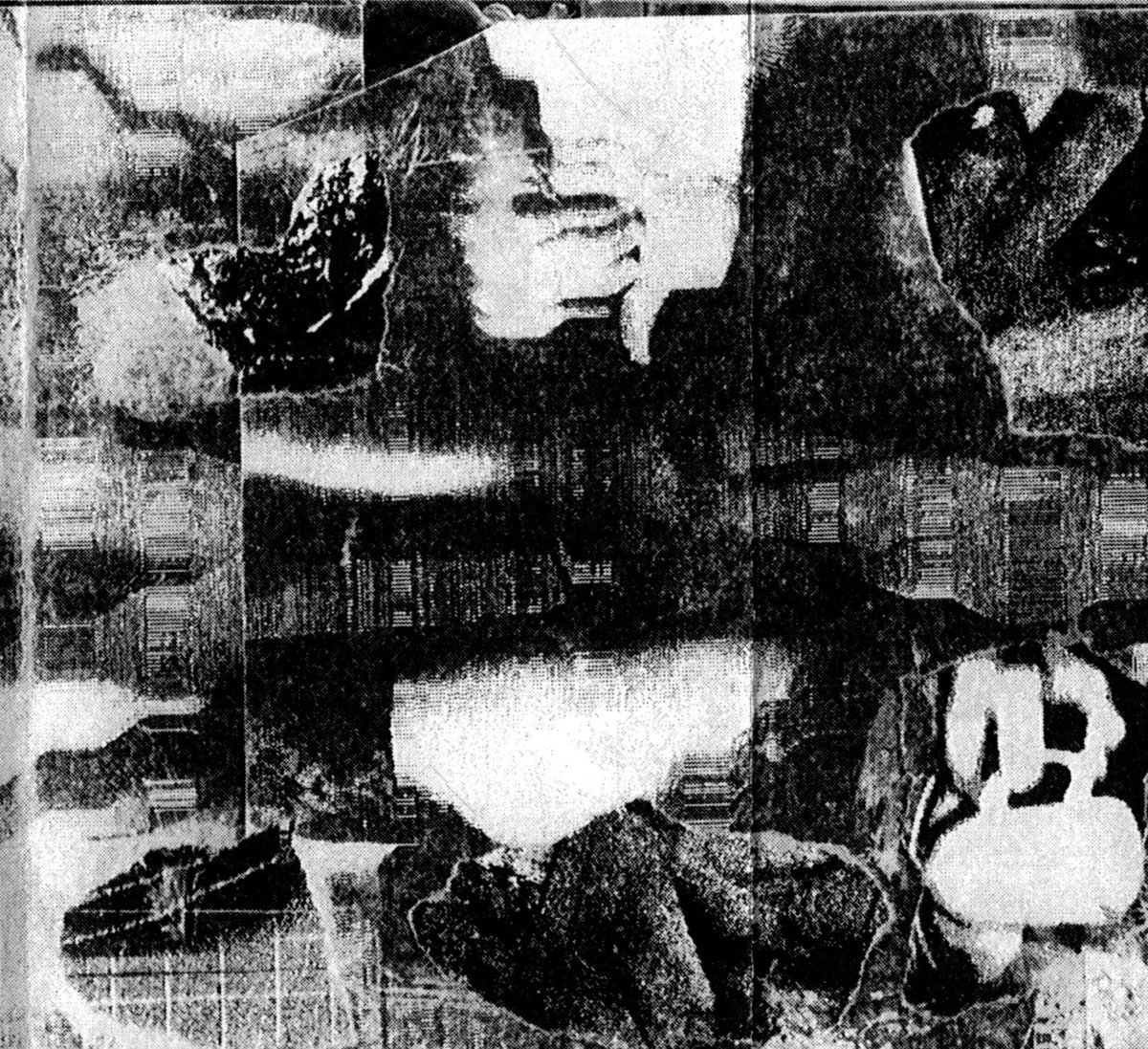 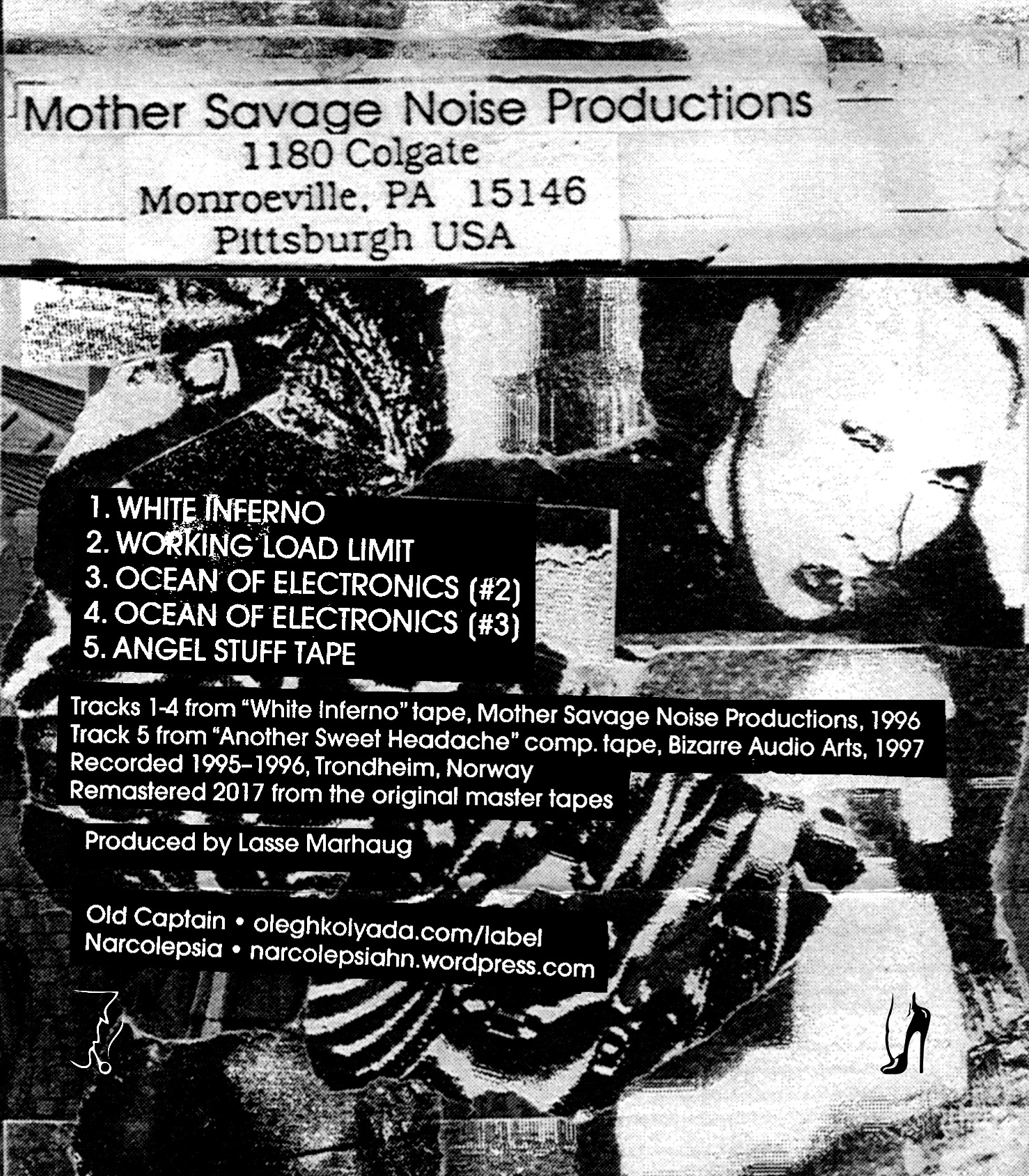 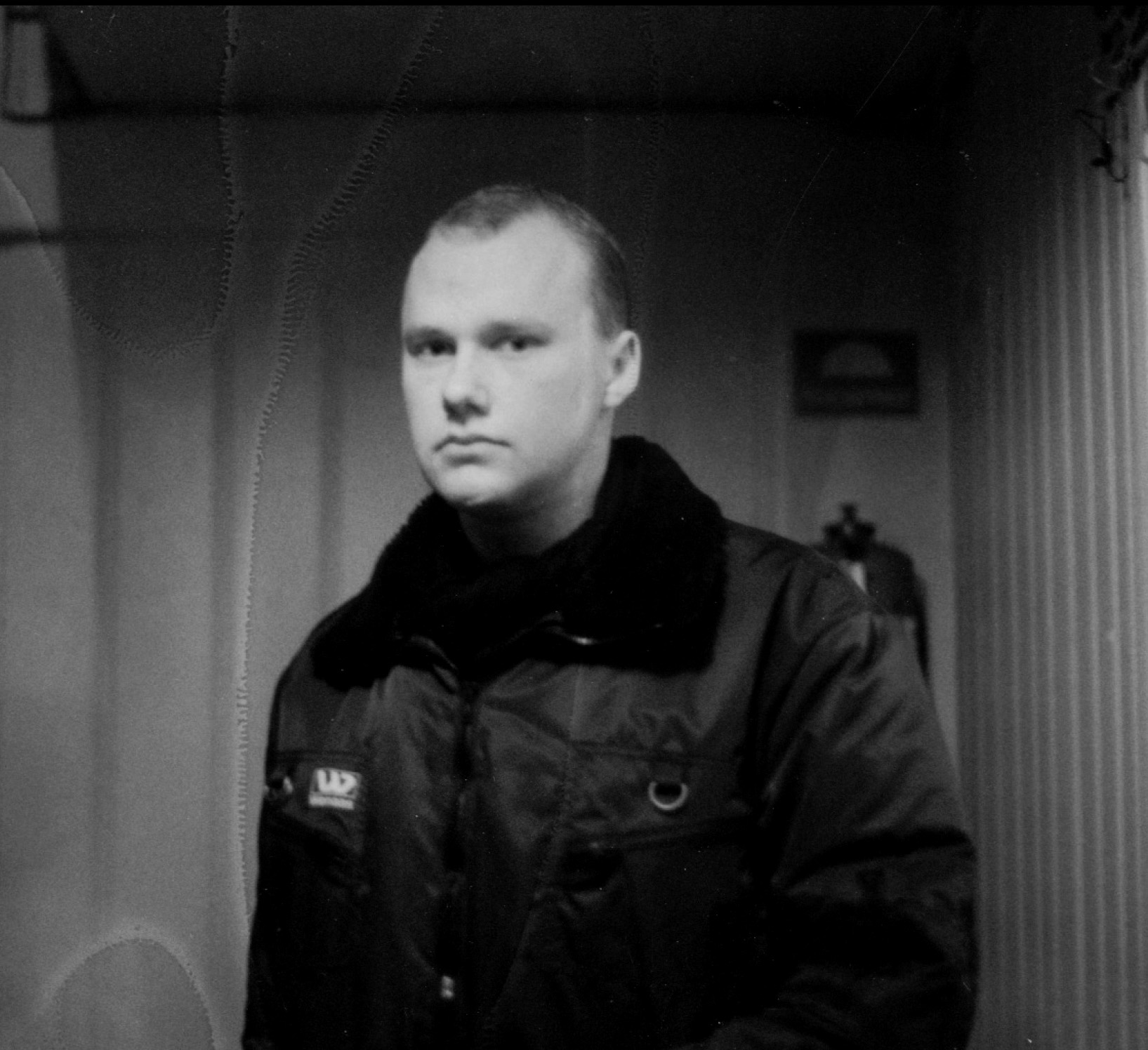 This is what I looked like in 1996. Young and serious about making a racket. And now my past comes to haut me, as Ukrainian label Old Captain Records is reissuing my Mother Savage Noise Productions “White Inferno” tape from 1996. The audio have been taken from the original DAT master tape and remastered. Also included is a compilation track from the same period. The CD is a six-panel reverse board digipak, and I’ve written liner notes, trying to make sense of it all. Available on CD and digital from this corner of the internet. I also got some copies available.

Some words on the reissue:

During a hellish blizzard in the winter of 1996 Norwegian noise artist Lasse Marhaug locks himself up in his home studio in Trondheim and records the harshest noise of his life. Marhaug’s attempt to obliterate the arctic climate with total sonic destruction fails, but the recorded onslaught results in the “White Inferno” cassette, released on Macronympha’s Mother Savage Noise Productions label. The material reflects Marhaug’s modus operandi at the time: dense analogue tape overload, and could be seen as a more bloody-minded sister-release to his better known “Science Fiction Room Service” album of the same year. Fast forward 21 years and Ukrainian Old Captain Records ask Marhaug to dig out the original master tapes from his mouldy archives and remaster it for a CD release. In the process an obscure piece recorded at the same sessions surfaces, previously issued on an Ecuadorian compilation cassette, but included here as a bonus. So if you wanted to know what Norwegian noise music sounded like 20+ years ago, here it is: “White Inferno”, remastered to maximum volume for a new generation of music fans to endure and enjoy. Co-produced with Portuguese finest label, Narcolepsia. 300 copies in a 6-panel uncoated Digipak.